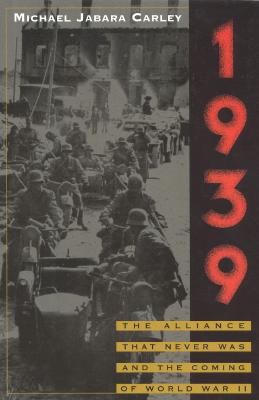 1939: The Alliance That Never Was and the Coming of World War II

At a crucial point in the twentieth century, as Nazi Germany prepared for war, negotiations between Britain, France, and the Soviet Union became the last chance to halt Hitler's aggression. Incredibly, the French and British governments dallied, talks failed, and in August 1939 the Soviet Union signed a nonaggression pact with Germany. Michael Carley's gripping account of these negotiations is not a pretty story. It is about the failures of appeasement and collective security in Europe. It is about moral depravity and blindness, about villains and cowards, and about heroes who stood against the intellectual and popular tides of their time. Some died for their beliefs, others labored in obscurity and have been nearly forgotten. In 1939 they sought to make the Grand Alliance that never was between France, Britain, and the Soviet Union. This story of their efforts is background to the wartime alliance created in 1941 without France but with the United States in order to defeat a demonic enemy. 1939 is based upon Mr. Carley's longtime research on the period, including work in French, British, and newly opened Soviet archives. He challenges prevailing interpretations of the origins of World War II by situating 1939 at the end of the early cold war between the Soviet Union, France, and Britain, and by showing how anti-communism was the major cause of the failure to form an alliance against Hitler. 1939 was published on September 1, the sixtieth anniversary of the Nazi invasion of Poland and the start of the war.

Title: 1939: The Alliance That Never Was and the Coming of World War II

1939: The Alliance That Never Was and the Coming of World War II