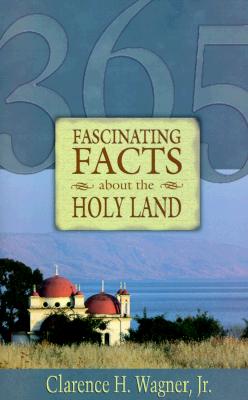 365 Fascinating Facts About the Holy Land

Written from the unique perspective of one American who has made Israel his home for 22 years, this remarkable compilation gives you a bird's eye view of the Middle East, it's people and customs.You'll get unique glimpses into the lives of both Jews and Arabs, and marvel at the power of a region claiming Hebron, Bethlehem, Haifa, Tel Aviv, the Golan . . . and, of course, that City on a Hill, Jerusalem.Sample Facts:
-- The modern state of Israel came into existence on May 14, 1948, as Prime Minister David Ben Gurion announced the creation of the Jewish state. This fulfillment of Bible prophecy thrilled millions around the world, but prompted a military attack by Israel's new neighbors. Over the course of several months, the fledgling nation repelled the attackers and began to thrive.
-- In the Jordan Valley and the Negev Desert, farmers are cultivating 5 million flowers a day. In addition, this diverse land also produces melons, tomatoes, cucumbers, and pineapple, special strains of peaches and apples, and strawberries. Truly, the land is again blooming like a rose, to fulfill other prophecies.

365 Fascinating Facts About the Holy Land