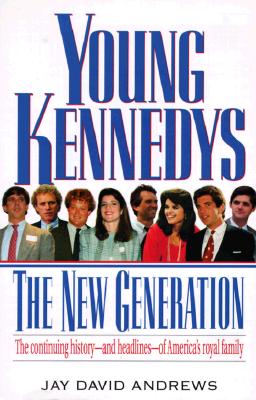 New Year's Eve, 1997. The world is stunned as Michael Kennedy, JFK's son, dies in a tragic skiing accident. Days later, the Kennedy clan gathers once again to bury one of its own. This time, though, it isn't the children of Joe and Rose who stand in the spotlight. It is their grandchildren.

If America has a royal family, it is the Kennedys. Their fabled heritage of riches, power and tragedy has forever bound them to our country's history--and its headlines. Now John, Jr.; Caroline; Bobby; Maria; Joe, and their legions of cousins have joined the ranks of those who wield the Kennedy magic over the media and an eager public.

>But the story of the third generation of Kennedys extends beyond headlines. How have the children of JFK and Jackie, Bobby and Ethel, Teddy and Joan, coped with their early tragedies and the relentless pressure of public--and family--expectations? How have the children of lesser-known Kennedy branches dealt with their famous last name--or with not being named Kennedy? With remarkable candor, Jay David Andrews chronicles the romances, careers, struggles and achievements of the newest members of this beloved American family--capturing their inescapable legend and undiminished mystique.