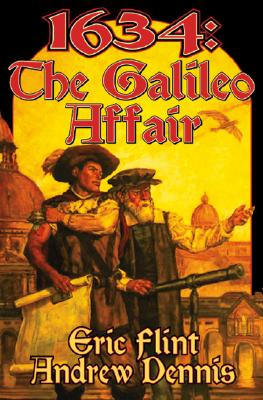 1634: The Galileo Affair (The Assiti Shards)

As the Thirty Year's War continues to ravage Europe, the American town hurled from the 20th to the 17th century by a mysterious force has aroused the implacable hostility of Cardinal Richelieu of France, who has allied with his old enemies to stop this new threat to privilege and power. But the Americans and their Swedish allies are also moving behind the scenes, sending a medical team to Venice to prevent a plague, communicating with the Ottoman Empire, and reaching out to the Vatican, which has misgivings about Richelieu's lust for power. But a Venetian artisan may cause all their plans to come to naught. After reading a 20th century history book, he has become determined to rescue Galileo from his trial for heresy. The Americans are divided on whether to help him or stop him--and whether he succeeds or fails, the results may be catastrophic for the CPE.

1634: The Galileo Affair (The Assiti Shards)