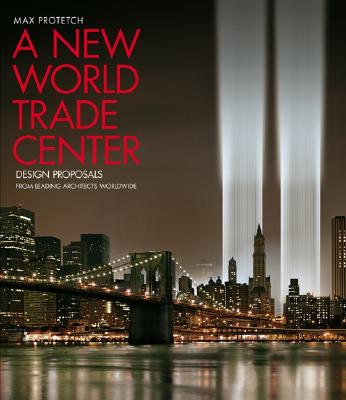 "As they watched on television as airliners controlled by terrorists flew into the World Trade Center and the Pentagon, the American and international public at large became suddenly aware of the symbolic, political, economic and social importance of architecture."
-- Max Protetch

Architecture gained a new significance in the eyes of the world when New York's World Trade Center was brutally attacked on September 11, 2001, as a symbol of the freedom and commercial strength of the United States of America. Recognizing the public's new appreciation of the correlation between architecture and the culture that creates it, Max Protetch, a New York art gallery owner who is the world's preeminent dealer of architectural drawings and has represented some of architecture's finest minds, launched an artistic response to the attacks that would help New Yorkers regain their footing and envision a new future for the city.

By the end of September, as the debate began to stir over what would become of the devastated lower portion of Manhattan, Protetch had begun asking many of the world's top architects to contribute to one of the most important and provocative architecture and design shows in recent history. The result was a unique combination of proposals from a diverse group of architects that included sketches from the late Samuel Mockbee, a proposal for a multiuse, multicultural cathedral from Paolo Soleri, Daniel Libeskind's ideas for a memorial structure, and Zaha Hadid's vision for the future of high-rise architecture. A New World Trade Center is an extraordinary display of creativity in thought and design that considers the future of lower Manhattan from myriad perspectives -- serving at once as a powerful remembrance of lives lost and a catalyst to the debate on downtown Manhattan.