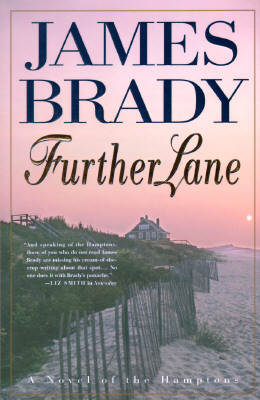 As Another Gorgeous East Hampton season climaxes, a remarkable woman, admired by the millions who know her only through television and her books -- and cordially despised by some of those closest to her -- is found dead on the beach with a stake of privet hedge driven brutally through her heart. Who killed lifestyle guru Hannah Cutting and why? With the rich and famous of the lovely resort village among the suspects, foreign correspondent Beecher Stowe, back home at his family home on Further Lane, traces Hannah's roots while digging for clues. Competing with Stowe is a young book editor dispatched to the scene by Harry Evans of Random House to find and retrieve the tell-all manuscript on which Hannah was working when she died. This is Alix Dunraven, a member in London of Princess Di's set of "Sloane Rangers." Now Stowe and Lady Alix make for an unexpectedly sassy and stylish team as they lead an elegant but deadly romp through the Hamptons, from redneck bars to the Maidstone Country Club, from rich men's estates to the Shinnecock Indian Reservation, from surfer hangouts to the tennis courts, as all the tensions and frictions of America's famous summer playground play themselves out: Old Money vs. New, tree-huggers vs. land developers, Hollywood arrivistes vs. Establishment WASPs. As Alix and Beecher close in on why Hannah died, a great September hurricane comes boiling up the East Coast toward East Hampton's golden beaches and dune-top mansions.