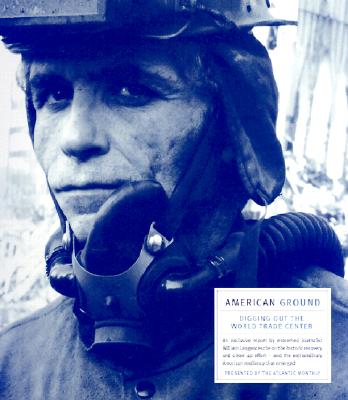 The unsung-and revealing-story of the Herculean effort to finish the dismantling that terrorism began
Unlike any other reporter, William Langewiesche has had unrestricted access to Ground Zero and the people involved in the cleanup. He has literally followed in the footsteps of engineers, "deconstruction" workers, firemen, and city officials as they tackle the mind-numbing task of bringing order to an instance of chaos unprecedented on our soil.
"American Ground" is a tour of the interlocking circles of this Dantesque world. With the "knowledge and passion as well as ...careful eloquence" for which his reportage is known ("New York Times Book Review"), Langewiesche anatomizes the physical details of the collapse and deconstruction, capturing in the process the contest of politics and personality that were its aftershock. At the center of the book is the team of engineers, many of them instrumental in building the towers, who now must collaborate in the sad task of disassembling them. Their responses are as dramatic and unpredictable as the shifting pile of rubble and the surrounding "slurry wall" that constantly threatens to collapse, potentially flooding a large part of underground Manhattan. They are also emotional and territorial, as firemen, police, widows, and officials attempt to claim the tragedy-and the difficult work of extracting the rubble and the thousands of dead buried there-as their own.
In all of these aspects-its vociferousness, spontaneity, ingenuity, and fundamental democracy-Langewiesche reveals the story of the deconstruction to be uniquely American, and harshly inspiring. He has constructed an account that will endure against the events of September 11,2001 as John Hersey's "Hiroshima" stands in relation to August 1945.